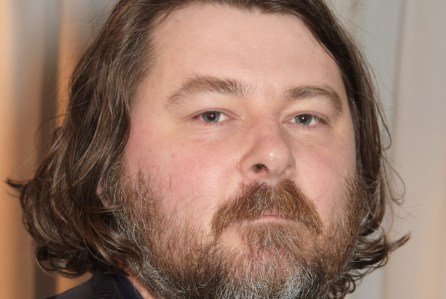 Friedkin loved the film so much he chose to remake it — at the height of his post-The Exorcist power — in 1977 as Sorcerer, starring Roy Scheider, then at the top of his game after the one-two punch of Jaws and Marathon Man. Although a commercial disappointment on its release, Friedkin’s film has grown in stature over the years. Quentin Tarantino, for example, cites it as one of his 10 favorite films of all time.

Wheatley is white-hot right now and is one of the few directors with the right sensibility to pull off the formidable task of remaking a classic that has succeeded in being much-loved by some and under-appreciated by many.
Wheatley’s Free Fire scored one of the splashiest deals at last week’s AFM, with Alchemy closing a deal north of $3 million for U.S. rights. The film is seen as Wheatley’s big step up into the commercial arena. The director’s hot reputation helped put together a killer cast including Brie Larson, Armie Hammer, Cillian Murphy, Jack Reynor, Sam Riley and Noah Taylor. Sharlto Copley, Michael Smiley, Enzo Cilenti and Babou Ceesay (Eye In The Sky) round out the cast.

Martin Scorsese is exec producing that action thriller, which is set in late-1970s Boston. It follows a woman (Larson) who has brokered a meeting in a deserted warehouse between two Irishmen (Murphy and Smiley) and a gang (led by Hammer and Copley) who are selling them a stash of guns. But when shots are fired in the handover, a heart-stopping game of survival ensues. The film was written by Wheatley and Jump.

Wages Of Fear would also appear to be right in the wheelhouse of Lancaster’s filmmaker-driven tastes with quality credits such as Whiplash, Nightcrawler and Drive among his recent ones. The project would also rep a considerable coup for eOne, putting them in bed with a filmmaker who seems destined for great things.

Wheatley’s trajectory has been prolific and spectacular, with low-budget thriller The Kill List (2011) leading to Sightseers (2012), A Field In England (2013) and most recently High Rise starring Tom Hiddleston.

Wheatley is repped by WME and Independent Talent Group.