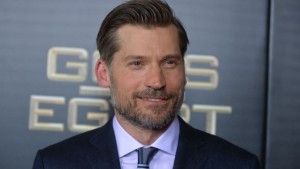 The film will shoot this summer and is set for an early 2017 delivery. E.L. Katz is directing from a script he co-wrote with Macon Blair in a story of a disgraced former cop who — fresh off a six-year prison sentence for attempted murder — returns home looking for redemption but winds up trapped in the mess he left behind.

This is Katz’s second film after “Cheap Thrills,” which premiered in SXSW in 2013 where it won the Audience Award and was released in the US through Drafthouse Films.

“’Small Crimes’ provides another opportunity to bring the crime genre to audiences in a fresh and stylish way with an exciting combination of Nikolaj in the lead role and Evan directing,” he said. “Evan has a singular vision for this project, an incredible grasp of tone, and an undeniable passion for moviemaking. I’ve been eager to work with him ever since I saw Cheap Thrills.”

The film is based on Dave Zeltserman’s novel published in 2008. Coster-Waldau also stars in Bold Films’ prison thriller “Shotcaller,” which will be released later this year.

The film is financed by Rumble Films and Burn Later Productions. Memento Films International will be handling sales in Cannes. The project was developed through MFI’s sister company Paradise City, which will also act as a co-producer on the film.

Coster-Waldau also starred in “Gods of Egypt” and “Oblivion.”

Katz is represented by CAA and managed by Jeremy Platt. Coster-Waldau is represented by WME. The deal was negotiated by Rumble’s Jon Shiffman and attorney Debbie Von Arx for Rumble, Burn Later partners Paul Bernon and Sam Slater, and Emilie Georges and Naima Abed for Memento.