‘Donnybrook’ Movie In The Works From ‘Dark Night’ Director 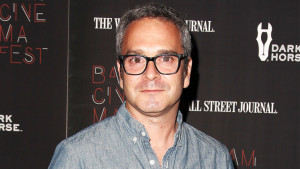 “Dark Night,” which premiered at Sundance in January, will screen at the Venice Intl. Film Festival. The film focuses on the lives of six strangers intersecting at a suburban multiplex where a massacre occurs.

“Donnybrook,” the first novel from Frank Bill, follows two men as they try to get to the Donnybrook — a legendary backwoods bare knuckle brawl where the winner gets $100,000. Bill is the author of the short-story collection “Crimes in Southern Indiana.”

“I was knocked out when I read ‘Donnybrook,’ the most raw, out of control, nasty piece of business I have ever come across,” said Rumble Films topper David Lancaster. “It fits perfectly within the signature films that Tim has made culminating with the powerful ‘Dark Night.’”

Lancaster launched Rumble Films in 2014 following eight years as co-president at Bold Films where he produced critically acclaimed “Whiplash,” “Nightcrawler” and “Drive.” Rumble’s films to date include “Eye in the Sky,” starring Helen Mirren, Aaron Paul, Alan Rickman and Barkhad Abdi, and “Message from the King,” which will screen at the Toronto International Film Festival and stars Chadwick Boseman with Fabrice du Welz directing.