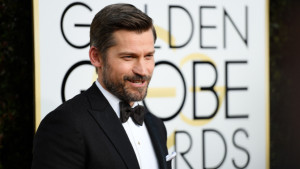 UPDATED: Netflix has closed a deal to by global streaming rights to the black comedy “Small Crimes,” Variety has learned. The sale is in advance of the film’s premiere next month as SXSW.

“Small Crimes” centers on a disgraced former cop, played by Nikolaj Coster-Waldau of “Game of Thrones” fame, who comes home after finishing a six-year prison sentence for attempted murder. He tries to find redemption, but winds up ensnared in a mess he left behind, caught in the middle of a crooked sheriff, a district attorney out for revenge, and a mafia baron.

Netflix was very active at this year’s Sundance Film Festival, buying “Mudbound,” an acclaimed historical drama, for $12.5 million in the biggest deal of the fest. It nabbed several other projects, including “Icarus,” a buzzy documentary about Russian doping, and “Chasing Coral,” a look at global warming.

Evan Katz — a former music journalist — directs the film from a screenplay he wrote with Macon Blair (“Blue Ruin”). He was previously at SXSW in 2013 with his directorial debut “Cheap Thrills.” The cast includes Molly Parker (“House of Cards”), Gary Cole (“Veep”), Robert Forster (“Jackie Brown”), Blair, and Jacki Weaver (“Animal Kingdom”). In addition to the upcoming season of “Game of Thrones,” Coster-Waldau will next appear in the upcoming prison thriller, “Shot Caller.”