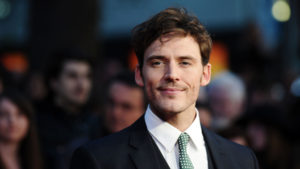 Sam Claflin has come on board to star in the crime-thriller “Semper Fi.”

Production is planned for Vancouver this summer with Henry-Alex Rubin directing from his own script co-written by Sean Mullin.

Cornerstone Films has acquired international rights and will commence sales at the Cannes Film Festival. Cornerstone will co-represent the U.S. rights with CAA, which packaged and arranged financing for the movie.

Producers are David Lancaster (“Whiplash”) of Rumble Films and Karina Miller (“To the Bone”) from Sparkhouse Media, which is also financing.

Claflin will play a straight-laced cop who fills his downtime as a sergeant in the Marine Corps Reserve alongside a close-knit team of lifelong friends. When his younger, reckless brother accidentally kills a man in a bar-room brawl and tries to flee town, Claflin’s character stops him and forces him to face the music.

After being deployed to Iraq, he returns home to discover that his brother’s final court appeal has been rejected and resolves to save his brother by breaking him out of prison, no matter what the cost.

Lancaster said, “From the moment I read this script, I couldn’t shake the passionate feeling I have always had for the iconic film ‘Deer Hunter.’ Henry has shown a unique ability to draw realistic characters combined with a strong sense of place. Brotherhood, loyalty, family … with a thrilling escape. I’m in!”

Claflin will be seen next in “The Nightingale” and “My Cousin Rachel.” Rubin’s credits include “Disconnect” and “Murderball,” which was nominated for an Academy Award for best documentary.