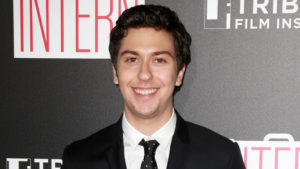 The script was written by Rubin and Sean Mullin and will be produced by Academy Award-nominated David Lancaster (“Whiplash,” “Nightcrawler”) of Rumble Films and Karina Miller (“To the Bone”) from Sparkhouse Media. Cornerstone Films is shopping the project to buyers in Cannes and CAA co-represents the U.S. rights.

Sam Claflin (“The Hunger Games”) leads the cast as Hopper, and Wolff joins as his younger brother Oyster.

Hopper is “a straitlaced cop who fills his downtime as a sergeant in the Marine Corps reservists alongside a close-knit team of life-long friends,” according to a statement. “A rowdy but inseparable bunch of guys, they look out for each other no matter what, including keeping an eye out for Hopper’s younger, reckless brother Oyster.”

When Oyster accidentally kills a man in a bar-room brawl and tries to flee town Hopper stops him and forces him to face the music.

“Wracked with guilt at leaving his brother locked up in jail, Hopper and his buddies are deployed to Iraq,” the statement continued. “Battle-weary, he returns home to discover Oyster’s final court appeal has been rejected. No longer willing to live with his guilt, Hopper resolves to save his brother by breaking him out of prison, no matter what the cost. But he can’t do it alone. [His buddies] Jaeger, Daddy and Snowball rally to his side to set right an injustice that can no longer be ignored.”

Rubin commented: “I’ve been watching Nat’s performances over the past few years and he reminds me of young DiCaprio — he’s highly likeable yet always mischievous and unpredictable.”

Miller also noted: “Oyster is a deliciously complex character — he’s part dreamer, part rebel, part man and part boy. His emotional arc is so engaging and extreme that I can’t help but get excited by the thought of watching an actor with Nat’s talent bring this character to life.”