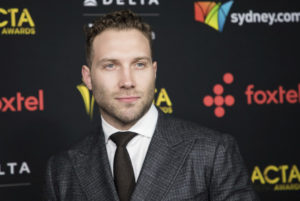 RelatedSteven Soderbergh’s 'Unsane' Added to Berlin Film Festival Competition
Murderball director Rubin is helming from a script he wrote with Sean Mullin. The story sees Courtney as Cal, a by-the-book police officer who makes ends meet as a Marine Corps reservist along with his rowdy and inseparable group of childhood friends. When Cal’s younger, reckless half-brother Oyster (Wolff) accidentally kills a guy in a bar fight and tries to flee, Cal forces him to face the music.

After an unfair sentence, Oyster fights for survival in a dangerous Pennsylvania prison system while Cal and his friends are deployed to fight the lethal insurgency in Iraq. Overseas, Cal’s world is shaken, and after he barely makes it home alive, he resolves to break Oyster out of prison — no matter the cost.

American Horror Story’s Wittrock, Sand Castle’s Knapp and Narcos’ Castro are the gang that rally to his side in a bare-knuckled prison break to right the injustice.

Semper Fi is produced by Sparkhouse’s Karina Miller (To the Bone) and Oscar nominee David Lancaster (Whiplash) of Rumble Films. Sparkhouse Media is financing. Cornerstone’s Mark Gooder and Alison Thompson will be talking up the project at the EFM in Berlin next month. The project was first announced in Cannes last year with Sam Claflin attached; he later exited due to a scheduling conflict.